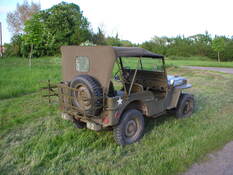 Started out as a hobby but got a little out of control!

Jim clark purchased his first wwII jeep in 1996, which is how he met Martin hammond who helped with the restoration. a great friendship was formed. Jim and martin purchased their first 40m of canvas to manufacture for their own vehicles.

this was the foundation of allied forces, which started trading in june 1998 in martins workshop. in 2000 jim sold his car repair business in bristol to work full time for allied forces. the reputation of the company soon took off and after the war and peace show in 2003 the business was moved to a much larger workshop in rockhampton, where extra staff were taken on to keep up with the demand.

in 2012 martin retired and jim continued the company as the well renowned allied forces ltd. he has since expanded further, taking on another unit and running red ball restorations ltd. alongside this. 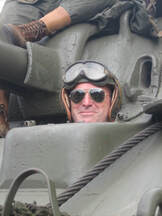